I recently had a discussion on Facebook, about how best to describe my work. I had always suggested it was "macro - pointillist" but decided it really didnt describe it sufficiently especially since pointillism is traditionally rounder dabs and dashes of paint, and sometimes my paintings are not pointillistic at all. I am influenced by so many styles and movements, like all contemporary artists - how could we not be with such a wealth of art history behind us. I think cubism is important, as is expressionism. So many "isms"! I will be content to mention impressionism as the major influence, and leave my work to explain the rest. Is there actually anything new in art styles these days?

I managed to finish a couple of works in the past week. The garden painting was started as a demonstration late last year, and I have eventually got round to finishing it.

I also got round to reworking a painting I had completed last year. I had never really been satisfied with the background of "Duet" and now I can say I am! The original painting is in acrylic, and I reworked it with oils. As you can see the birds did not change a great deal. 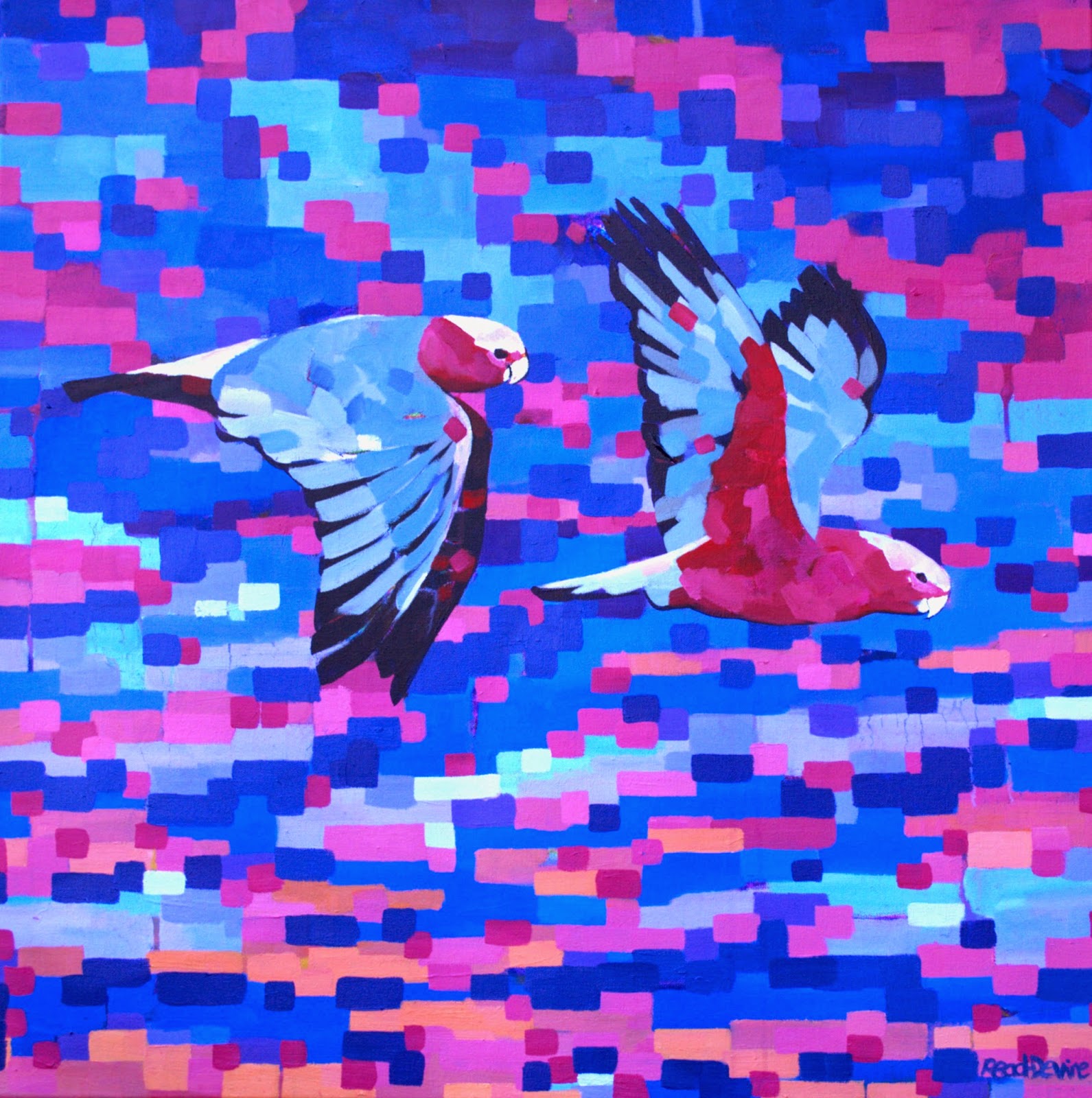 Im off to see the last day of the CASS Art of Sydney Awards today. Looking forward to finally seeing all the works.

I will be a tutor in May for CASS - 1 - 2 day workshop in acrylics. Here is the flyer with all the tutors Book in soon!
Posted by Mellissa Read-Devine at 1:14 PM No comments:

Almost reminiscent of weddings, but that''ll be next month when my daughter gets married, how exciting!

Anyway, I have completed new works already this year. The first. "Cicada Landscape" was finished and sent into exhibition before I had taken a photo - here is a glimpse. It is in long landscape format - 60cm H x 152cm W, acrylic. Currently at Breathing Colours for the month of January if you are interested in viewing.


With the lovely set of oil pastels I received for Christmas, I had a little play. The painting on the left is oil pastel over acrylic on canvas, the other two are postcard size oil pastel over watercolour on paper

I also have been working on 3 acrylics. Looking forward to completion! 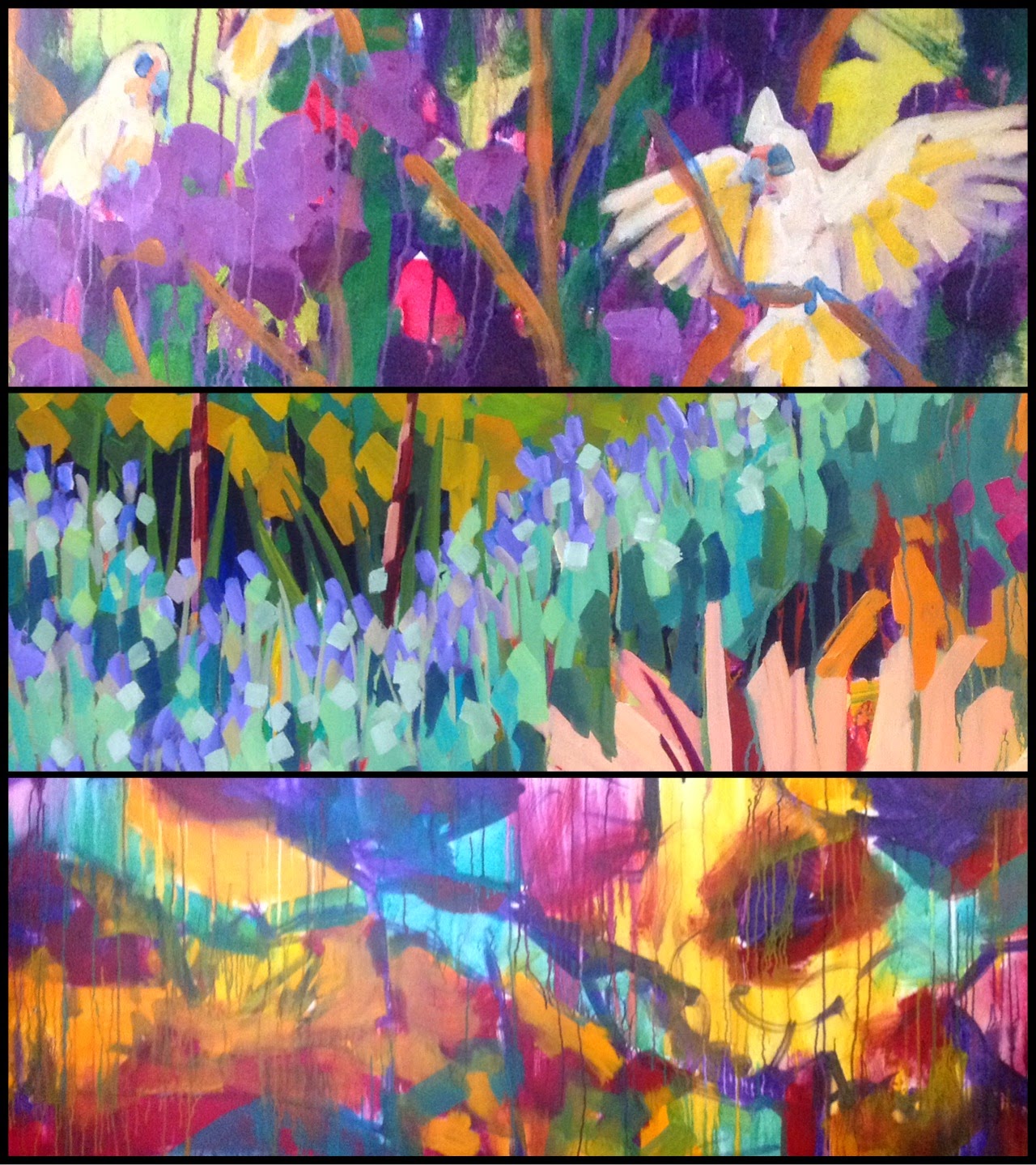 I recently found some old paintings of mine during a "Post paintings challenge, old & new" on Facebook. And I thought it might be an encouragement to new artists if I put this up. Just to show how a few years (18) can improve one's arts practice. This is one of the very first paintings I completed - a present for my husband, as it is supposed to be a picture of him in Papua New Guinea. 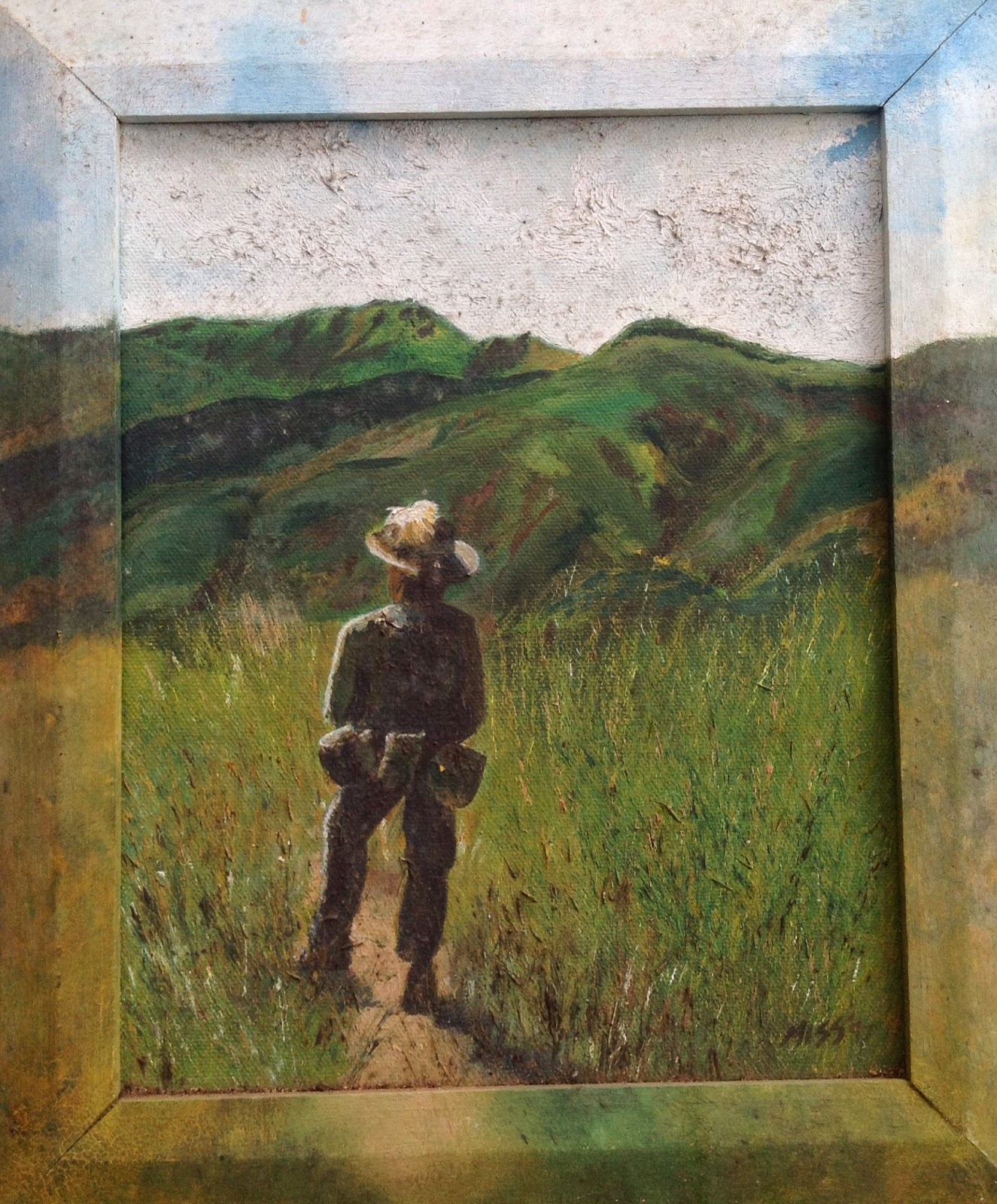 Have a lovely week.

Posted by Mellissa Read-Devine at 2:01 AM No comments:

I Have Finally Decided Its 2015

Such a slow start to the year for me (some might say its been denial), but the canvasses are on the easel, I have made a few lists, the office job is still paying me and we have eaten all the mince pies. Christmas is well and truly over, and the year starts anew. I have even done some wedding planning for my daughter #1 - just as well since it is NEXT MONTH.

Where am I art wise? I finished the year with two abstracts - I'd like them to be bigger but enjoyed the process. I created 86 artworks in 2014, had 2 solo shows and took part in numerous group ones. It was a very good year, and I thank God for it. I'm excited to see what 2015 has in store for me.

The first show off the rank is a group show at Breathing Colours, Balmain. Opens on Saturday 17th January. 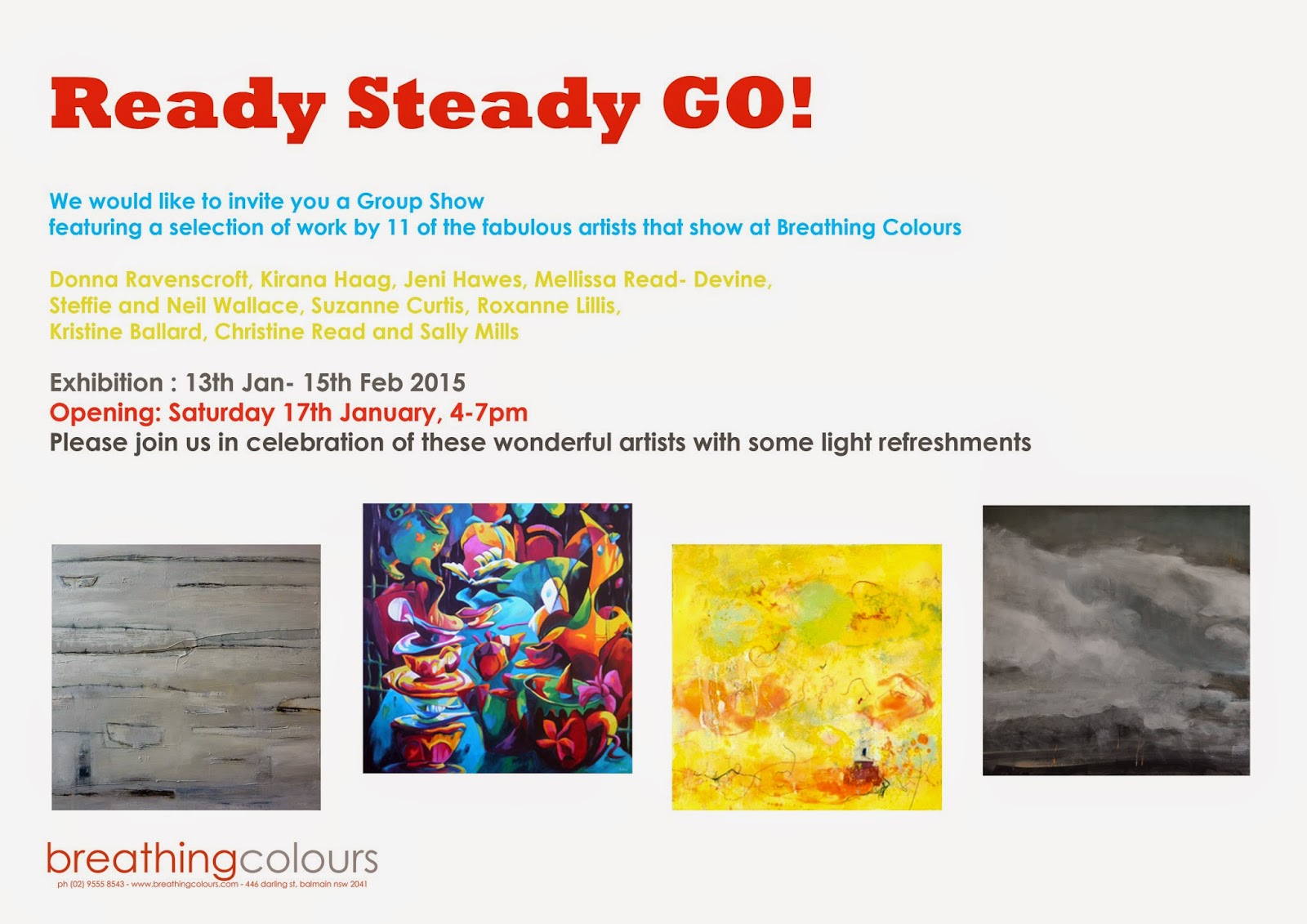 
The Combined Art Societies of Sydney hold their annual "Art Of Sydney" Awards at the Maritime Museum, Darling Harbour. 23 - 27 January

I'm still not completely focused artwise. What I do have planned are several demos and workshops around Sydney. I also have a joint exhibition with my mum Patricia Devine featuring BIRDS, and a SCRAPERBOARD exhibition with Taryn Malzard. I also have new work being planned for galleries in Melbourne, Adelaide & Gold Coast, and I plan to travel there too!

Have a lovely week.
Posted by Mellissa Read-Devine at 8:34 PM No comments:

See My Work in These Galleries